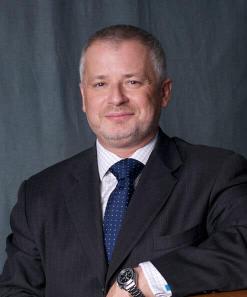 Michael Al-Nassir is the Partner in charge of developing Pedersen & Partners' presence in Middle East, Africa, Central & South Asia. He has been in the Executive Search industry in Emerging Markets since 1996 and has handled over 600 searches. He has completed senior management recruitments across all sectors, but has focused in particular on companies in the Private Equity, Technology & Industrial sectors, within which he is recognised as one of the most experienced consultants in the emerging markets. For several years, Michael Al-Nassir was the Vice-Chairman of the British Chamber of Commerce in Prague, is one of the founding Board members of the International Business Forum, and has a number of Non-Executive roles in businesses and associations.

Before entering the Executive Search industry, Mr. Al-Nassir worked for six years in IT consulting in the UK, following his BSc studies at the Polytechnic of Central London. Michael Al-Nassir speaks fluent English, French and Czech, and can communicate in Arabic.